Scaligner implements several scores to evaluate the humanness of a sequence: 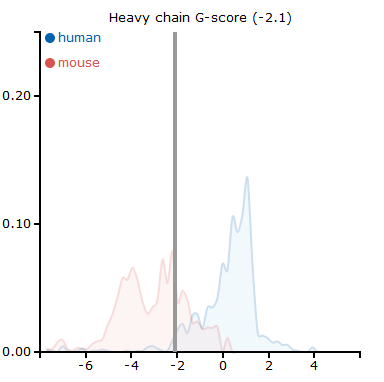